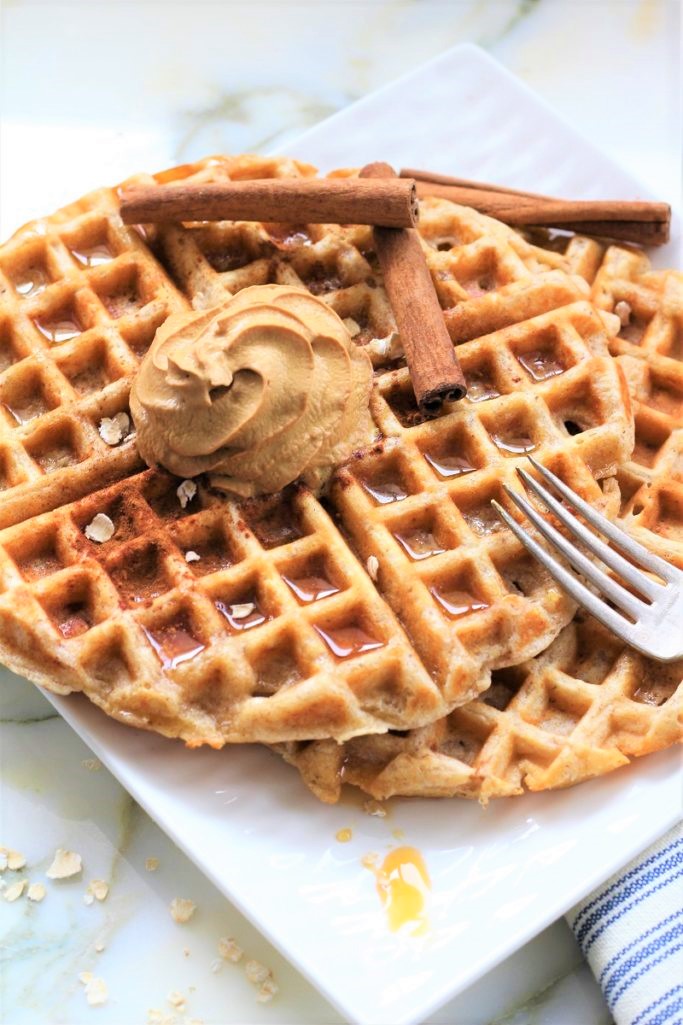 Oatmeal Cinnamon Waffles are the perfect way to start your morning breakfast. These waffles are a healthy alternative to cold cereal, and they are very filling. Sometimes on Saturday mornings, I just cannot wait to get out of bed and make oatmeal cinnamon waffles. 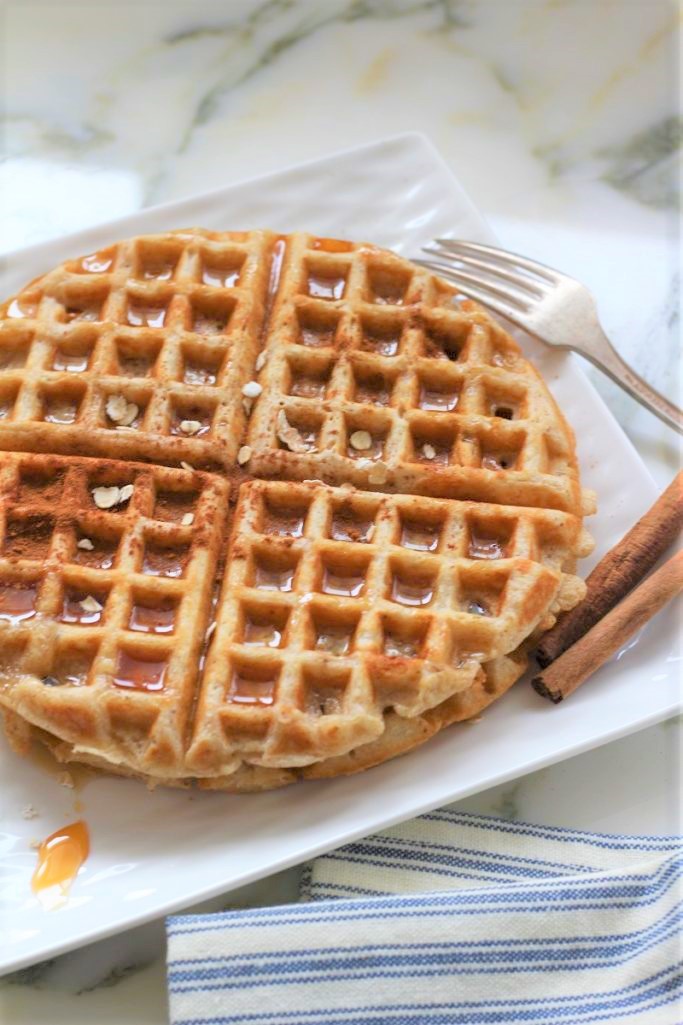 We always made our syrup growing up on the farm. The closest grocery store was 12 miles away, and so we learned to stock up and save. I also think that we learned to make some things on our own.  Pancakes and waffles are a must on the farm, you need to eat something that is going to hold you over for a few hours.

And that is just what oatmeal cinnamon waffles do, they have some oatmeal in them, making it so that you can last for a good 4-5 hours. I also think that a waffle bar would be a great idea for a special occasion like Christmas morning or the day after Thanksgiving.

You can always have some neighbors over for dinner and cook up a batch of oatmeal cinnamon waffles. That way you do not have to spend the day or night slaving over a hot stove, and they can bring their favorite topping.

What Ingredients Do I Need For Oatmeal Cinnamon Waffles?

Here’s a list of ingredients you’ll need to make these waffles (scroll down for the full recipe):

How Do I Make Oatmeal Cinnamon Waffles?

Here’s the simple steps you’ll follow to make these waffles (scroll down for the full recipe):

Cinnamon and oatmeal are two ingredients that my family really enjoys.  They all love waffles, and this is a fun way to put those ingredients together. You will enjoy this twist to ordinary waffles.

We never had syrup from a bottle that was purchased at the store. We would have loved these Oatmeal Cinnamon Waffles. I know that my family sure does. And the older I get, the more I love eating at home. I find that you can make amazing food at home and at half the cost!

More Delicious Waffle Recipes For You: