Slow cooker stuffing is a great idea, simply because there just isn’t enough room in the oven for stuffing and a turkey. That is if you do not like to stuff your turkey.

This stuffing is great because you make it the night before and then you place it in the crock pot 3-4 hours before you want to serve it! And if you want it a little crunchier, place it in the oven on broil for 2-3 minutes.

I must say that it comes out perfect!

What Ingredients Do I Need For Slow Cooker Stuffing?

Here’s a list of ingredients you’ll need to make this stuffing (scroll down for the full recipe):

How Do I Make Slow Cooker Stuffing?

Here’s the simple steps you’ll follow to make this stuffing (scroll down for the full recipe):

Is there a Difference Between Stuffing and Dressing? 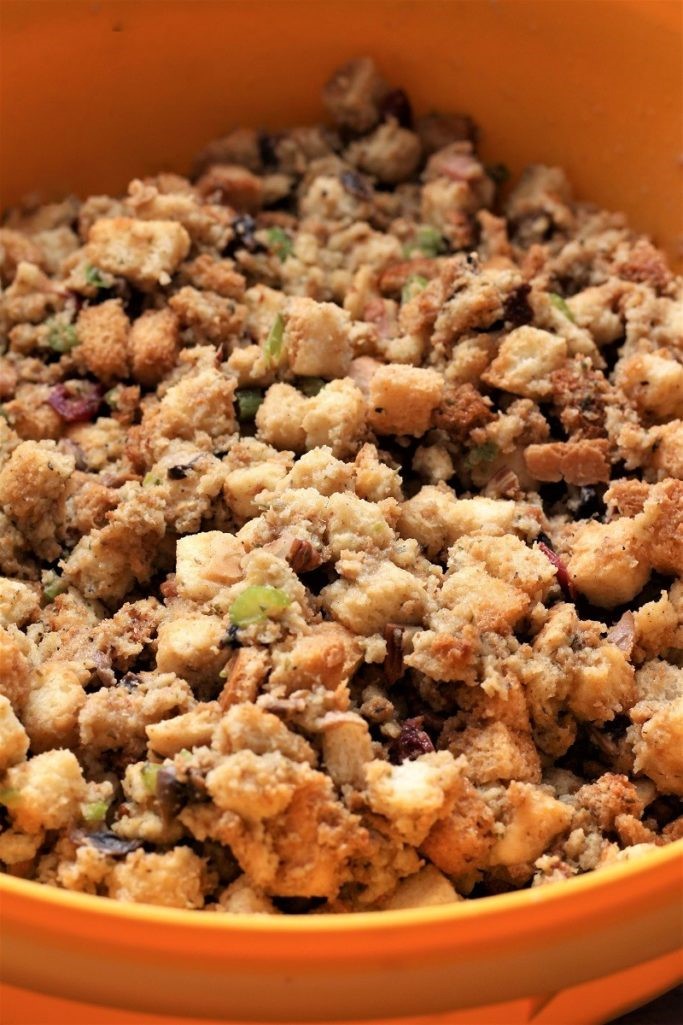 Out of this World Rolls