It does make a lot, so if you are having a college student make it or a newly wed couple, they might want to half the recipe. I have never frozen left overs, but it just might work. Also if you like smaller noodles, go ahead and use them.

We just love the rigatoni and how it all tastes together. I know that I just did a ham recipe, but I had a larger ham in the freezer and so I decided that I would go ahead and use it up. I made healthy egg muffins, and then I made potato and ham soup.

Then I went ahead and made this easy ham and cheese pasta. I made it for my daughter who just had a baby because I know how much her family loves ham and pasta. However, when I made it for her, I used canned Alfredo. 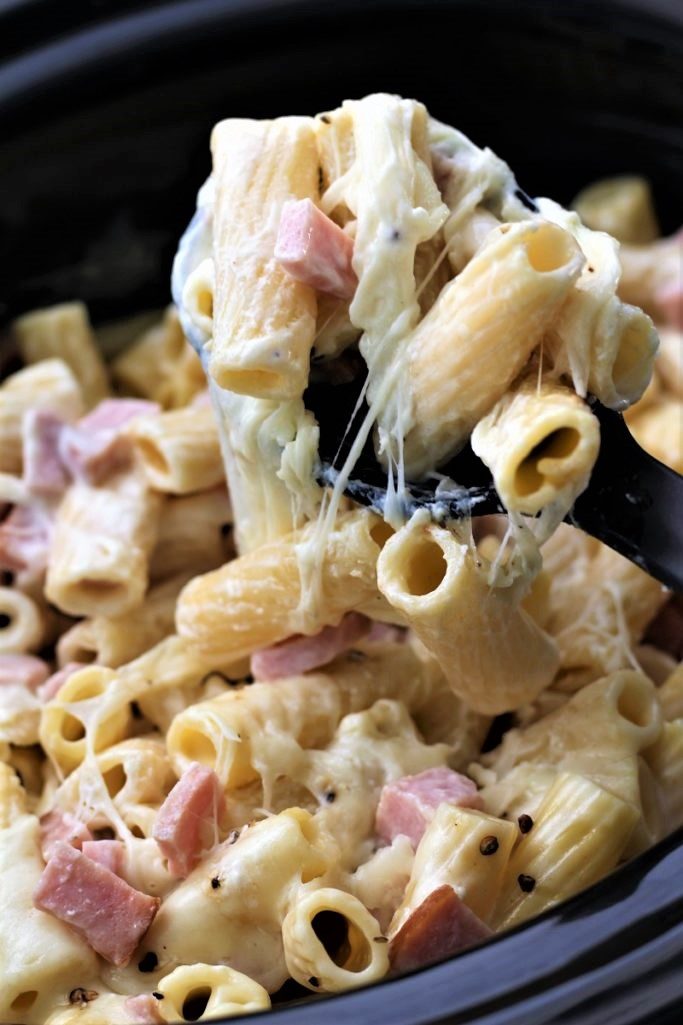 What Ingredients Do I Need For Easy Ham and Cheese Pasta?

Gluten Free Alfredo Sauce: (instead of jar of Alfredo sauce)

How Do I Make Easy Ham and Cheese Pasta? 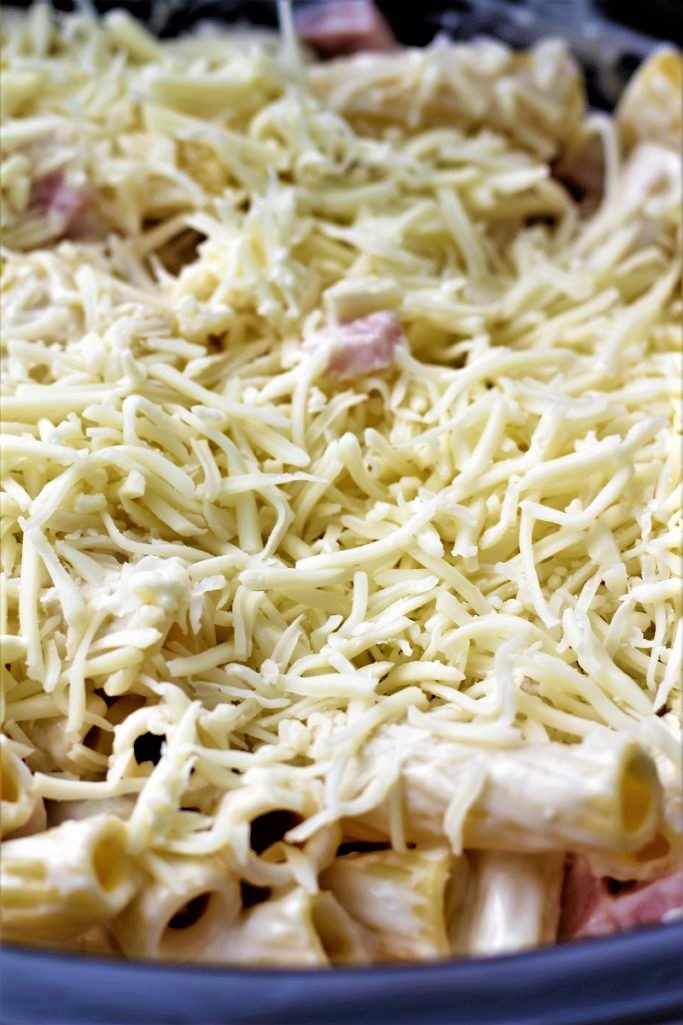 What Does It Mean When Something is Gluten-Free?

Why Do People Go On Gluten-Free Diets?

And I must admit when I made it for my family at home, I made the gluten free Alfredo. I love making my own Alfredo because I just love the way it tastes. It was a treat. Then I took my husband out to eat for his birthday.

I think that I liked having easy ham and cheese pasta better. 🙂  That is okay, now I can have leftovers today, if there is any left. My son had it for lunch and for dinner. I was happy to have so many options for the ham.

And if you have it, why not use it. One other thing that I did, was cube some of the ham and then I put it in the freezer, so in a week or two I will make the healthy egg muffins for breakfast again. Wow, that was a lot of ideas for such an awesome ham.

Also, I just added the broccoli at the very end. I decided that I wanted a little color to this dish and so I steamed some broccoli florets in the micro wave and then I placed them on top. I did stir them in a little later, but you can decide if you want to add the broccoli or not.

More Easy Pasta Recipes For You:

Gluten Free Alfredo Sauce: (instead of jar of Alfredo sauce)