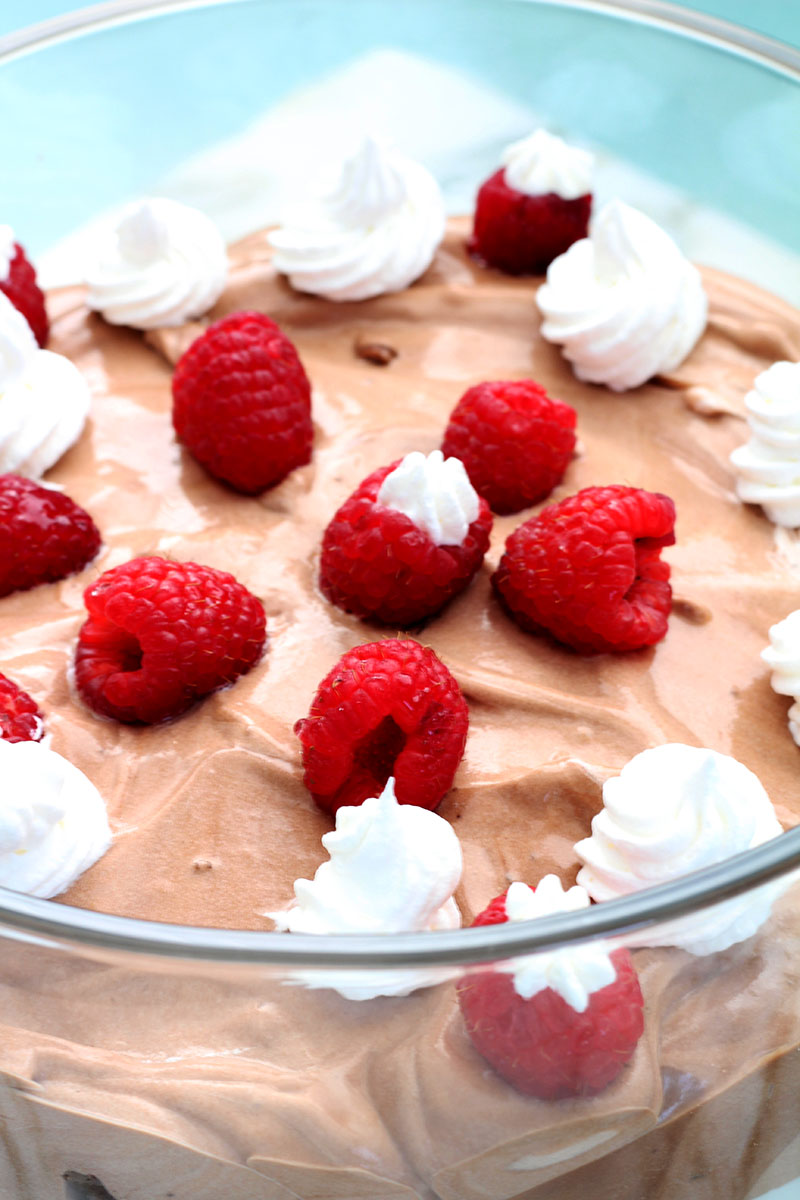 Chocolate Raspberry Trifle is rich and creamy. The french vanilla topping mixed with chocolate pudding are such a treat. Add a box of brownies or use your favorite brownie recipe. If you don’t care for raspberries, you can add strawberries or cherries.

This would make a beautiful dessert for Valentines. Don’t you think that this would make a wonderful center piece. You can even tell your family “he who eats all his dinner, gets the biggest bowl.”  That is what my sister-in-law always tells everyone. Don’t you love it!

You can also use a vanilla pudding and add food coloring to make it any color that you want. You choose whatever you are celebrating. If you do that, you just might want to have some chocolate, strawberry, or butterscotch ice cream topping handy for a little extra flavor on top. And since my daughter and I can’t eat bananas, this is a great substitute!

Today is a great day to have a great day! Don’t you just love that saying? I do know that if you make Chocolate Raspberry Trifle today, it will be a great day.

Start by making some rocky road brownies. Just make the brownies only, do not put the marshmallows and frosting on the brownies. After they are made, I cut them into small little squares. These are my favorite brownies, but if you want to, you could also use a box mix.

What Ingredients Do I Need For Chocolate Raspberry Trifle?

Here’s a list of ingredients you’ll need to make this dessert (scroll down for the full recipe):

How Do I Make Chocolate Raspberry Trifle?

Here’s the simple steps you’ll follow to make this dessert (scroll down for the full recipe): 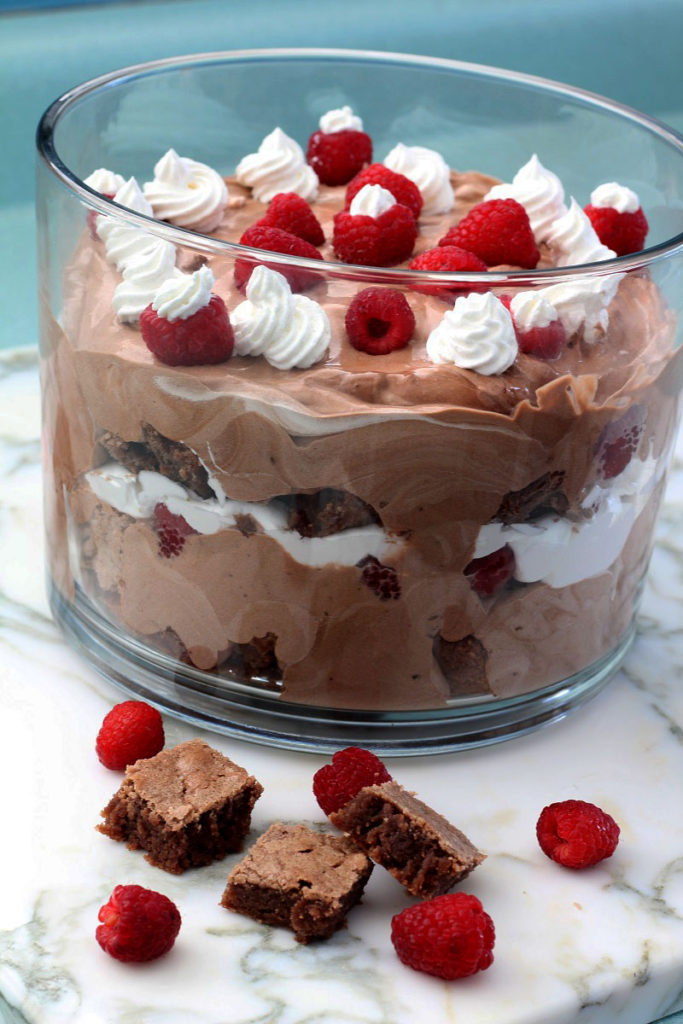 Then I put the marshmallows on top of them and left them for about 10 minutes. Well, I must tell you that it was a big FAIL. I had burned the brownies and they were as hard as rocks. Lesson learned, the next time that I made these brownies, I baked them an extra 5 minutes because the regular recipe calls for 25 minutes and my oven takes 30.

The brownies came out perfect. Nice and chewy and soft. I am glad that I tried this recipe again, because it makes up very fast and it turns out great every time. I even love to eat them without frosting, and I really like frosting.

More Delicious Desserts For You:

Mousse in a Minute