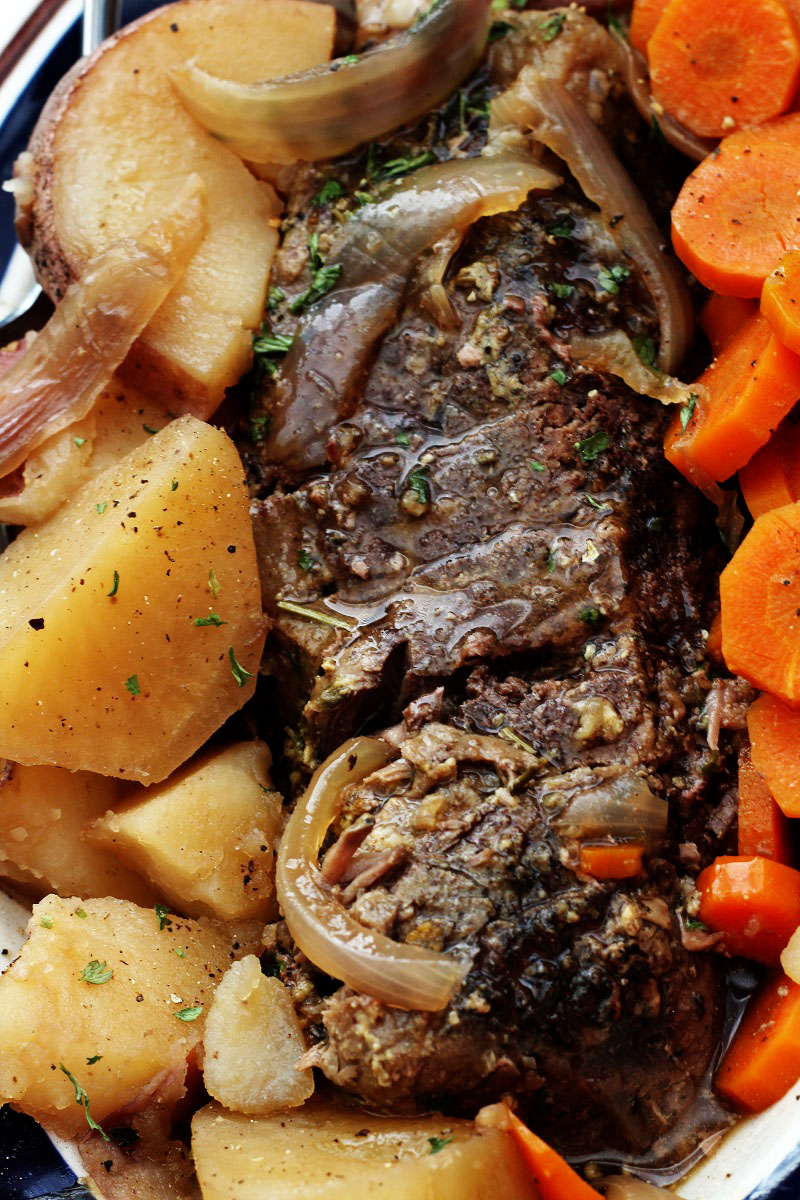 Crock pot roast carrots and potatoes are one of those amazing meals that you can put in the crock pot, and in a few hours your dinner is ready to go! You will love making this amazing roast. The roast is so moist and delicious, the Au Jus cooks it and so it just falls apart. You can use any roast that you like.

What Ingredients Do I Need For Crock Pot Roast Carrots and Potatoes?

How Do I Make Crock Pot Roast Carrots and Potatoes?

Does Roast Get More Tender the Longer you Cook it?

I was tending my grand kids the other day and so I knew that I wouldn’t have a lot of time. I put this in the crock pot on low and in 5 hours it was done. It is always a great day when you get to 4 o’clock and your dinner is ready to go. Those are the best days ever.

And my grand kids were so good too! They played well together, and my cute little granddaughter that is 3 even picked up the toys that she played with. She loves to play with puzzles and her favorite show is Daniel Tiger.

Her little sister is almost 7 months and she would not take a bottle for anything so I fed her formula with a spoon. Now that was a little bit tricky. I was happy that she decided to eat some vegetables. They are easier to feed with a spoon than formula!

Oh, those grand kids are very sweet. My grandson went to school. One day he came home and I was so proud of him, he said that the teacher told the class that out of 400 points, a few people got 180 points, some 200 points, some 300 points, and 1 person 400 points. He said, “I said to myself, and that was me” and sure enough it was! Isn’t that exciting!!

Selecting the Meat For Crock Pot Roast Carrots and Potatoes:

The best parts of an animal to use for a roast dinner will depend on:

Well, I hope that you get a chance to try this roast. You can use any kind of roast, and you can use whatever kind of potatoes you want also. I just like the red. Any kind is good. Also the juice is good for dipping your meat if you would like. It is moist, and the juice makes it even moister.

Also known as: inside round

Eye of round roast: 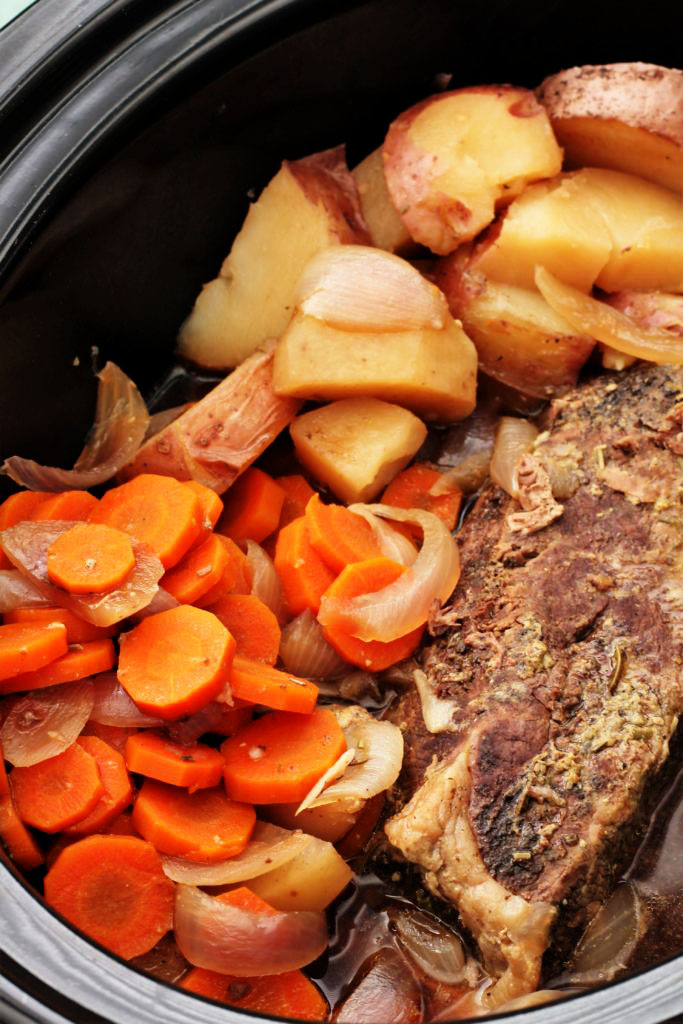 How Do You Sear The Roast In Crock Pot Roast Carrots and Potatoes?

My mother cooked dinner for 8 children, a husband and herself, and I do not remember ever using the crock pot. It must not have been as popular 40 years ago. Let me tell you, I do not know what I would do without my crock pot. In fact, I have two of them. The other one is on its last leg. I won’t even show you a picture of it.

The top has broken off and so my cute son made a new one out of copper wire. I better not take it anywhere, someone might steal my lid. Well, they might, copper is worth a lot of money. Ha ha. Then the bottom is cracked, but it has never leaked so I just keep using it.

I must say, the first time it does leak, it is out of here. I would also like a little crock pot. I love that you can make an appetizer and put in those little crock pots, and they are the cutest. Why is it everything is so cute when it is smaller or littler except money!

We added a green salad and some corn bread and that was a very nice meal. You could add more garlic if you wanted; I like a little garlic, but if you are big on garlic, add one or two more. Also you could use baby carrots, I just like big ones for this recipe.

Tips and Tricks For Crock Pot Roast Carrots and Potatoes:

Another Delicious Roast For You to Enjoy: